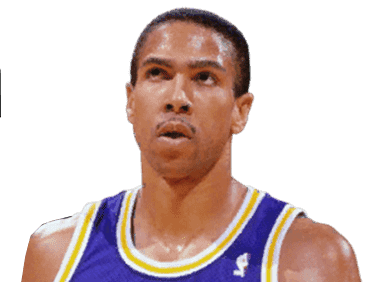 Mychal Thompson was a member of the renowned NBA team 1986-87 Los Angeles Lakers who played at the Center or Power Forward position.

On NBA 2K23, this Classic Version of Mychal Thompson's 2K Rating is 80 and has a Defensive Anchor Build. He had a total of 8 Badges. Note that Classic Players' ratings never change on NBA 2K23. Below were his attributes and badges.

Other version of Mychal Thompson on 2K